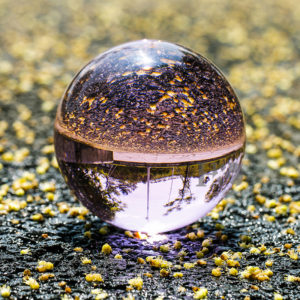 You may have heard that diabetes causes eye problems and may lead to blindness. People with diabetes do have a higher risk of blindness than people without diabetes. But most people who have diabetes have nothing more than minor eye disorders.

With regular checkups, you can keep minor problems minor  and if you do develop a major problem, there are treatments that often work well if you begin them right away.

To understand what happens in eye disorders, it helps to understand how the eye works. The eye is a ball covered with a tough outer membrane. The covering in front is clear and curved. This curved area is the cornea, which focuses light while protecting the eye.

After light passes through the cornea, it travels through a space called the anterior chamber (which is filled with a protective fluid called the aqueous humor), through the pupil (which is a hole in the iris, the colored part of the eye), and then through a lens that performs more focusing. Finally, light passes through another fluid-filled chamber in the center of the eye (the vitreous) and strikes the back of the eye, the retina.

The retina records the images focused on it and converts those images into electrical signals, which the brain receives and decodes.

One part of the retina is specialized for seeing fine detail. This tiny area of extra-sharp vision is called the macula. Blood vessels in and behind the retina nourish the macula. 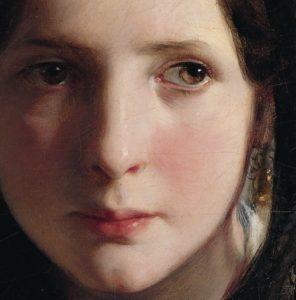 People with diabetes are 40% more likely to suffer from glaucoma than people without diabetes. The longer someone has had diabetes, the more common glaucoma is. Risk also increases with age.

There are several treatments for glaucoma. Some use drugs to reduce pressure in the eye, while others involve surgery.

To help deal with mild cataracts, you may need to wear sunglasses more often and use glare-control lenses in your glasses. For cataracts that interfere greatly with vision, doctors usually remove the lens of the eye. Sometimes the patient gets a new transplanted lens. In people with diabetes, retinopathy can get worse after removal of the lens, and glaucoma may start to develop.

Diabetic retinopathy is a general term for all disorders of the retina caused by diabetes. There are two major types of retinopathy: nonproliferative and proliferative.

Although retinopathy does not usually cause vision loss at this stage, the capillary walls may lose their ability to control the passage of substances between the blood and the retina. Fluid can leak into the part of the eye where focusing occurs, the macula. When the macula swells with fluid, a condition called macula edema, vision blurs and can be lost entirely. Although nonproliferative retinopathy usually does not require treatment, macular edema must be treated, but fortunately treatment is usually effective at stopping and sometimes reversing vision loss.

In some people, retinopathy progresses after several years to a more serious form called proliferative retinopathy. In this form, the blood vessels are so damaged they close off. In response, new blood vessels start growing in the retina. These new vessels are weak and can leak blood, blocking vision, which is a condition called vitreous hemorrhage. The new blood vessels can also cause scar tissue to grow. After the scar tissue shrinks, it can distort the retina or pull it out of place, a condition called retinal detachment.

How is it Treated?

In photocoagulation, the eye care professional makes tiny burns on the retina with a special laser. These burns seal the blood vessels and stop them from growing and leaking.

Side effects of scatter photocoagulation are usually minor. They include several days of blurred vision after each treatment and possible loss of side (peripheral) vision.

In focal photocoagulation, the eye care professional aims the laser precisely at leaking blood vessels in the macula. This procedure does not cure blurry vision caused by macular edema. But it does keep it from getting worse.

When the retina has already detached or a lot of blood has leaked into the eye, photocoagulation is no longer useful. The next option is vitrectomy, which is surgery to remove scar tissue and cloudy fluid from inside the eye. The earlier the operation occurs, the more likely it is to be successful. When the goal of the operation is to remove blood from the eye, it usually works. Reattaching a retina to the eye is much harder and works in only about half the cases.

Am I at Risk for Retinopathy?

Several factors influence whether you get retinopathy: 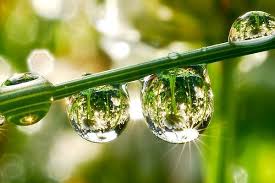 People who keep their blood sugar levels closer to normal are less likely to have retinopathy or to have milder forms.