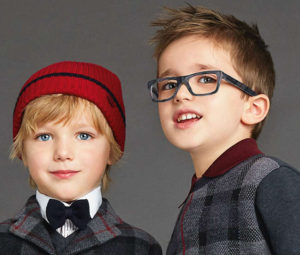 Everyone has a vision of what children’s eye problems look like: Squinting, sitting too close to the television, rubbing their eyes. Though those can be symptoms of vision issues, sometimes there are no signs your child isn’t seeing well. Here’s what to watch out for and what to do about it.

Happy to See You: Your Child’s Vision
In the first few months of life, infants can only see clearly objects that are 8 to 10 inches from their face. It isn’t until 12 to 16 weeks that their eyesight begins improving, and they start seeing things more clearly and further away.
Over the next year, kids then develop depth perception, eye-body coordination, eye-hand coordination, and the ability to judge distances. It’s rare for children to have vision problems at this age.

Silent Symptoms: Vision Problems in Children
Vision problems in kids tend to emerge between 18 months and 4 years old. The two most common vision issues are:
• A crossed or wandering eye, which troubles 3% to 5% of children. Symptoms include an eye that drifts or appears crossed in respect to the other eye, though “it isn’t really the eye that’s the problem,” says David Epley, MD, a pediatric ophthalmologist in Washington. “It’s the brain’s wiring that’s at fault.” 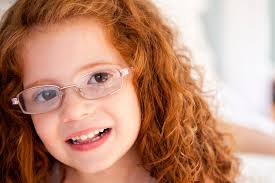 • Uneven focus, where one eye is more farsighted than the other, affects 2% to 3% of kids. This vision problem is the hardest to detect, because young children don’t know their vision is compromised. “Seeing that way, it’s all they’ve ever known,” says Mary Collins, MD, a pediatric ophthalmologist practicing in Maryland, “so they won’t say anything about it.”
Uneven focus or a slightly wandering eye may not seem that alarming, but if either condition goes untreated, a child’s stronger eye — the one that sees further, or focuses better — slowly becomes their dominant eye. The brain starts ignoring the images coming from the weaker eye, and stops developing the nerve connections leading to it. By the age of 9 or 10, the vision loss in that weaker eye is usually permanent.
The compromised vision in that weaker eye, called amblyopia or lazy eye, doesn’t have to happen. It can be stopped and reversed, but it needs to be caught early with a vision screening.

The Eyes Have It: Vision Screening and Treatment
Your child’s first vision screening may be done by your family doctor, pediatrician, the school nurse, or an eye specialist.
Experts have different opinions as to who should do vision screenings and exams for children. Many ophthalmologists and pediatricians feel that vision screening can be part of your child’s routine pediatric check-ups — with referral to an eye care provider if problems are noted. Optometrists, on the other hand, recommend more frequent comprehensive eye exams by an eye care professional. Your health care provider can help you determine what’s appropriate for your child.
The important thing isn’t which health care provider performs that first exam, but when. The earlier the better, says Collins, who agrees with the AOA recommendation for a full screening at age 3.

If that initial screening finds a vision problem, the next step is having a more in-depth examination done by an ophthalmologist. If that screening uncovers amblyopia, treatments may include:
• Eye patches or eyedrops

Amblyopia is a secondary condition; it happens because the eye is misaligned or focus is uneven. So the first step is to treat the underlying problem, and that’s most often done with eye patches, eyedrops, or special glasses.

Improving Your Child’s Vision: How Long Will It Take? 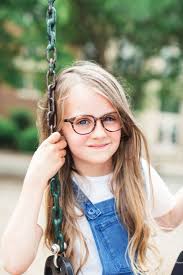 Vision treatments last until the weak eye is better. For most kids, that means wearing a patch for about a year. For a few kids, treatment can take longer while the brain slowly makes new connections.
The most vital step you can take as a parent during this time? Help your child follow through with their vision treatment.
“Compliance with patching is hard,” Epley tells WebMD. By covering a child’s strong eye, you’re essentially forcing them to see poorly. For the first few weeks, even months, there may be meltdowns, frustration, and tantrums.
The important thing to keep in mind is that you’re helping restore your child’s eye sight. It’s highly likely that your child’s vision will improve if he or she follows through with treatment. “It works really well, but it can be difficult,” Epley says. “Try to find a way.”

Detecting Eye and Vision Problems in Children
Most of the time, vision problems aren’t obvious, and the best way to catch issues early is through vision screenings. Sometimes, though, there are symptoms of eye problems such as infection, cataracts, or other issues. Warning signs may include:
• Eye rubbing
• Tearing
• Swelling
• Redness
• Pus
• Crust
• Sensitivity to light
• Bulging or jiggly eyes
• Droopy eyelids
• White, yellow, or gray-white material in the pupil 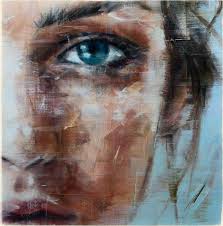 If your child has any of these symptoms, or their eyes change in any way, or you’re worried about their vision, don’t wait until they’re 3 years old to get that first vision test.
“If you have a concern, it’s always better to be on the safe side,” says Epley. “Get them checked and make sure everything’s OK.”