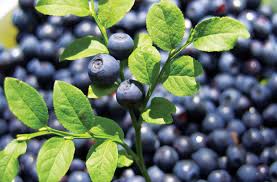 What the research says about bilberry for vision.
By Julie Edgar

The legend goes like this: British Royal Air Force pilots, after eating bilberry jam for tea, bombed the enemy during WWII with devastating accuracy, their night vision heightened by the powers of the inky blue fruit.

That story has never been confirmed — and research hasn’t turned up conclusive evidence of bilberry’s ability to help you see in the dark. Still, the dainty blue berry (Vaccinium myrtillus) continues to be an object of affection among scientists for its abundance of anthocyanosides, chemical compounds that have powerful antioxidant and anti-inflammatory properties. Consumers still flock to bilberry extract, an enduring top-seller among herbal supplements, for its purported benefits to eye health.

“We’ve got this really sexy story, that it’s good for night vision, but there’s no evidence,” says Evangeline Lausier, MD, clinical director of Duke Integrative Medicine, part of Duke University Health System in Durham, N.C. But because of the anthocyanosides in the fruit, “there are probably effects that make it part of a good diet.”

What Is a Bilberry? 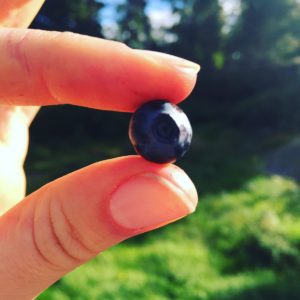 The bilberry, a relative of the cranberry, huckleberry, and American blueberry, is a plant with bright green leaves and bell-shaped flowers that grows wild, primarily in northern Europe.
The bilberry looks very much like a blueberry, but its flesh is darker — somewhere between deep purple and crimson — and its flavor is tarter, says Steve Foster, a plant photographer who has written or co-written 17field and reference guides on medicinal plants and herbs, most recently National Geographic’s Guide to Medicinal Herbs.
The depth of color of the bilberry’s flesh is caused by those anthocyanosides — also found in dark berries to varying degrees. The fruit also has antimicrobial tannins, which are found in purple grapes and dark teas.

In the 18th century, German doctors prescribed the bilberry for intestinal conditions, among other things. In the 20th century (1987), Commission E, the German panel of experts that assesses the safety and effectiveness of herbs, approved the use of bilberry extract for diarrhea and inflammation of the mouth or throat.

David Kiefer, MD, a research fellow in the department of family medicine at the University of Wisconsin in Madison, says it makes sense that bilberries have a reputation for helping conditions ranging from retinopathy (abnormal or damaged blood vessels in the retina) to diarrhea to heart disease.
“A lot of these [conditions] have an inflammatory component, so some herbs treat a variety of things,” he says. “There’s oxidative damage in so many illnesses. Whether in eye vessels or leg vessels, we can get a positive effect.”
Kiefer says patients with macular degeneration — the deterioration of the central part of the retina that can eventually cause blindness — have reported that they use bilberry extract, with mild benefit, “but it’s hard to sort out the anecdotal report from the placebo effect.”

What Is Bilberry Extract?
Because fresh bilberries are nearly impossible to come by in the U.S., consumers gobble up bilberry extract, one of the top-selling herbal supplements in the U.S., with sales of $28 million in 2010. The standardized amount of anthocyanosides contained in bilberry extract is 25%. In a bilberry itself, anthocyanidin content ranges from 300 mg to 700 mg per 100 grams of fruit (3.5 ounces), depending on the region where they are picked.

Tips for Healthier Eyes
In recent studies of the extract’s effects on health, the most compelling evidence is its reduction of retinal inflammation — although studies have been small and mostly conducted in lab animals. However, research has not turned up conclusive evidence about bilberry extract’s effect on blood glucose levels, or heart or gut health. 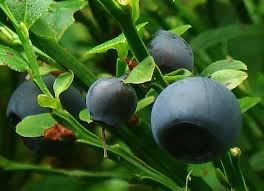 Is Bilberry Extract Safe to Take?
Bilberries are safe to eat and to take in extract form, according to the Natural Medicines Comprehensive Database, a compendium of information on herbs and their medicinal properties. But because anthocyanosides prevent blood platelets from sticking together, bilberry extract may interfere with anticoagulant drugs like warfarin, Kiefer says. “I would use it with caution, due to some of those reports,” he says. There is also a question of quality. Foster cautions against buying cheap bilberry extract, which could contain chemicals like dyes. And he advises staying away from bilberry extract that is light in color. That’s a tip-off that the content of anthocyanosides may be low. “It’s important to buy from trusted sources,” Foster says.

Where Can I Find Bilberries?
Don’t put on your dungarees and grab a pail. Bilberries are not easy to find in North America, says Foster. However, it’s possible to find bilberry jam, which Foster spreads on his morning toast.
In general, Lausier advises consumers to stick with blueberries or other dark berries if they’re looking for a natural source of antioxidants. They scavenge for free radicals, substances that damage healthy cells, she says, and as a low-glycemic index fruit, they’re absorbed slowly, making blueberries a fine snack for people with or without diabetes.

“It’s one of those things we have no trouble recommending in a diet. They’re tasty, they’re available, and most people like blueberries,” she says. Kiefer agrees. “There are a lot of us focusing on what’s local,” he says. “Are there blueberries or blackberries in your backyard? Go for it.”