Why Does My Eye Twitch? 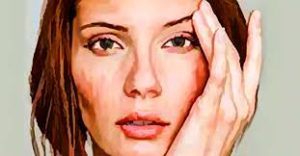 No one knows what causes this, which your doctor might call blepharospasm. When it happens, your eyelid, usually the upper one, blinks and you can’t make it stop. Sometimes it affects both eyes. The lid moves every few seconds for a minute or two.
Doctors think it can be linked to:
• Fatigue
• Stress
• Caffeine

Twitches are painless, harmless, and usually go away on their own. But if the spasms are strong enough they can cause your eyelids to completely shut and then reopen.

What if It Doesn’t Stop?
Some people have eye spasms all day long. They might go on for days, weeks, or even months. That can upset you and affect your quality of life.
It’s rare, but if your twitch doesn’t go away, it might make you wink or squint all the time. If you can’t keep your eyes open, it’s going to be hard for you to see.
Sometimes, the twitch can be a sign of a more serious conditions, like: 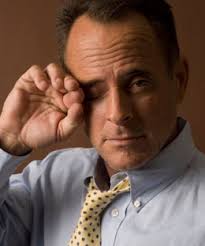 Very rarely, it’s a sign of a brain or nerve disorder, such as:
• Bell’s palsy
• Dystonia
• Parkinson’s disease
• Tourette’s syndrome

It can also be a side effect of certain medications. The most common include drugs that treat psychosis and epilepsy.

What Are the Types of Twitches?
There are three common ones.
A minor eyelid twitch is often associated with lifestyle factors, like:

• Fatigue
• Stress
• Lack of sleep
• Use of alcohol, tobacco, or caffeine

It can also result from irritation of the surface of your eye (cornea) or the membranes that line your eyelids (conjunctiva).

Benign essential blepharospasm usually shows up in mid- to late-adulthood and gradually gets worse. Only about 2,000 people are year are diagnosed with it in the United States. Women are twice as likely to get it as men. It isn’t a serious condition, but more severe cases can interfere with your daily life. 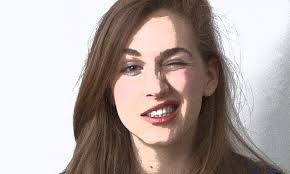 Causes include:
• Fatigue
• Stress
• Bright light, wind, or air pollution
It starts with nonstop blinking or eye irritation. As it gets worse, you may be more sensitive to light, get blurry vision, and have facial spasms. In serious cases, the spasms can become so intense that your eyelids stay shut for up to several hours.

Researchers believe it results from a mix of environmental and genetic factors. Although the condition is usually random, it sometimes runs in families.

A hemifacial spasm is rare. It involves both the muscles around your mouth and your eyelid. Unlike the other two types, it usually affects only one side of the face.

Most often, the cause is an artery pressing on a facial nerve.